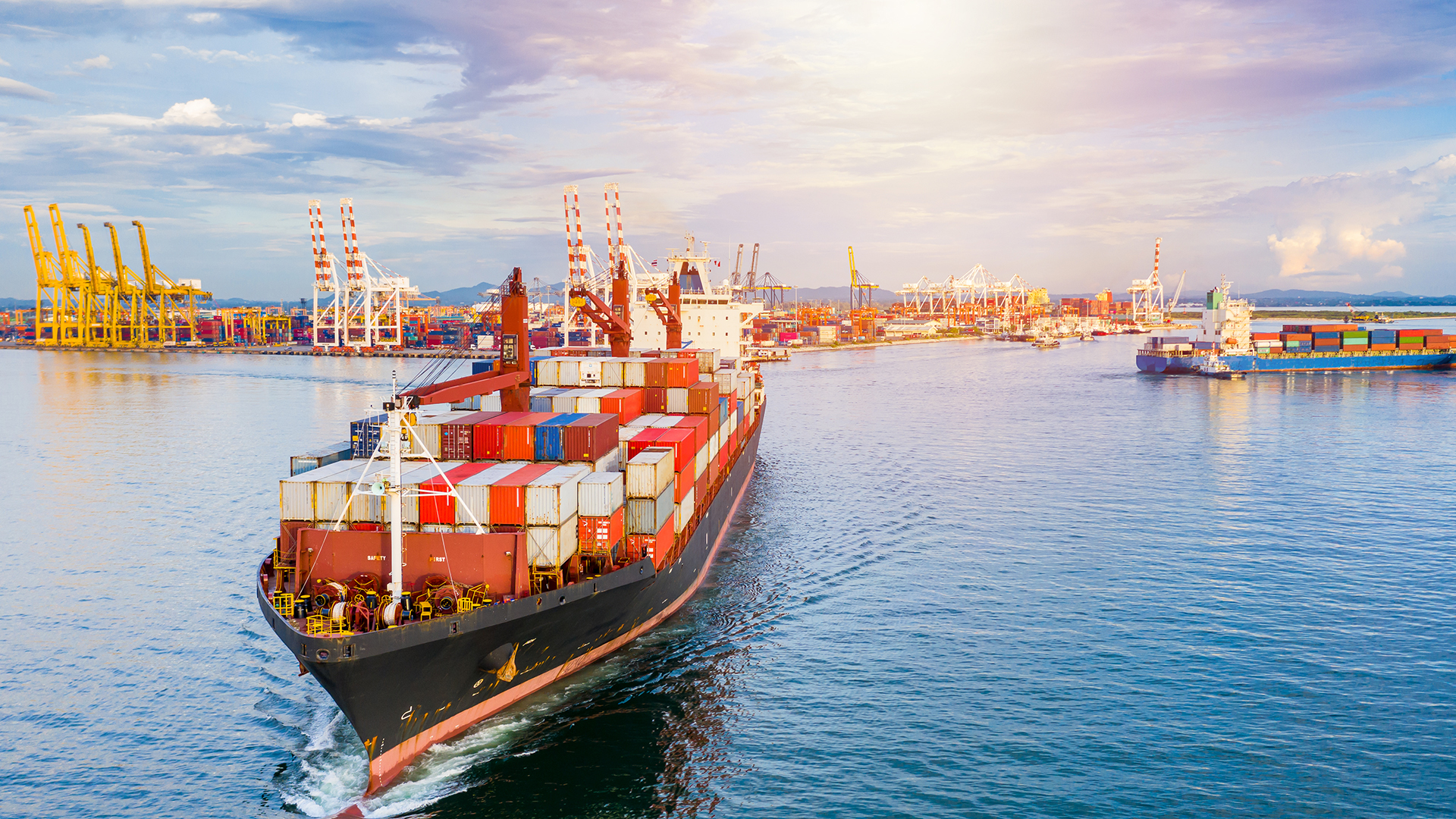 What leaders are saying about Power Goals Academy

"Christina helped me to set 3 powerful Power Goals, getting new perspectives, teaching me how to see possiblities in everything and I have now...

aVolt’s Executives are a team of subject matter experts with an average of over 30 years experience in transportation and passenger travel programs in the government and private sector.

aVolt’s founder and board member, Dr. Rocky Mobaraki, has extensive management experience in the commercial and government travel arena including extensive experience with the government car rental program.  The aVolt founder is a respected industry leader in program implementation, leading education, and process improvement of various projects. Dr. Mobaraki has been on the Board with the National Defense Transportation Association (NDTA) for over a decade. Additionally, he was selected by his industry peers to Chair the car rental subcommittee under Passenger Travel Services Committee (PTSC) and later became the Chair of the PTSC. Dr. Mobaraki has worked closely with government decision makers on transportation policy and has held positions in industry associations such as the Society of Government Travel Professionals (SGTP) and the NDTA, with relevant experience in the airline and ground transportation arenas.  He has a Ph.D. in Administration/Management and a Masters of Business Administration.

aVolt’s Managing Director and board member, Mr. William J. Merrigan, is a former government employee who served in the Department of Defense (DoD) for over 30 years with the last 23 years as the legal counsel and, in practice, the manager for the DoD rental car agreement for several years. This agreement encompasses the DoD, the civilian agencies, government corporations, the legislative branch, and NATO personnel in the U.S. He drafted the agreement in 1985 and all amendments since then, was instrumental in the coverage of civilian corporations that became effective in 1987 at the request of GSA, and has handled most claims and other questions that have arisen since 1987. Mr. Merrigan negotiated the agreement with industry, negotiated all changes, and is on good terms with officials of all major car rental companies. His written records contain a complete history of the DoD rental car program until management of the program was transferred from the Department of the Army to the Defense Traffic Management office. As a result, he’s had direct experience with U.S. and international laws applicable to transportation and corporations in general and thus was in a position for developing fruitful relations with the rental car corporations, to the benefit of planned GSA program. Prior to employment with the DoD, the Managing Director was legal counsel and corporate secretary of three international airlines operating in the Far East as well as in the U.S. for a period of twelve years, including the international flag air carrier of the Republic of China (CAT), Southern Air Transport, Air Asia and the CIA’s Air America.  Consequently, he had direct experience on issues a contractor or government agency faces in domestic and international transportation including employee personnel, labor negotiations with unions in the U.S. and foreign countries, compliance with domestic and international laws that governs transportation, and represents the commercial companies, and the government in legal proceedings before regulatory bodies. Mr. Merrigan was also the legal adviser for the DoD household goods transportation program, authored the original government rental car program agreement, legal adviser for the US Air Force (USAF) procurement of aviation services from the airline industry, DOoD Legal Counsel before the Civil Aeronautics Board and the Interstate Commerce Commission and a principal DOD legislative counsel on transportation deregulation which included appearances before Congressional Committees. Furthermore, he supervised DOD attorneys contracting for ocean-carrier and domestic trucking services. Mr. Merrigan is a Graduate of Georgetown University Law School.

aVolt’s board member and Chairman of the Advisory Board Mr. Kaviani, has a track record of building and leading successful Internet companies. Currently he is the CEO of Hyper Office, a leading player in the rapid growth cloud collaboration market that he co-founded in 2004. He co-founded the company HTR in 1987 and was Chairman and CEO. He was Executive Vice President of Business Development at VCampus focusing on the public sector market, and co-founded Saba, a human development software company that is publicly traded on NASDAQ. He serves as the Chairman of Advisory Committee and as Director of Company com Corp.   Mr. Kaviani holds a B.A. in Economics from the University of Maryland.

aVolt’s member of Advisory Board. Gen. William M. Fraser, III (Ret), is a proven strategic leader, administrator, and communicator. He is a highly decorated retired General of the United States Air Force and landed at the pinnacle of the United States Military as one of nine Combatant Commanders. During 40 years of service, he held a variety of demanding command and staff positions. He has led large-scale, diverse, global organizations where he earned a reputation as a motivational leader, strategic thinker and change agent who delivered solutions to the most complex challenges. As Commander, United States Transportation Command—a Unified, Combatant Command—he answered directly to the President of the United States and Secretary of Defense and served as the single manager responsible for global air, land, and maritime transport for the Department of Defense. There, he led the most comprehensive and collaborative strategic planning effort in the command’s twenty-five year history. In addition, his diplomatic skill fostered new international partnerships and strengthened others enhancing the nation’s unparalleled ability to rapidly project influence, anywhere at anytime. While doing so, he led over 130,000 personnel and annually executed over $12 billion worth of business. As Commander, Air Combat Command, the largest major command in the Air Force, he was responsible for organizing, training, equipping and maintaining combat ready forces while ensuring strategic air defense forces were ready to meet the challenges of peacetime air sovereignty and wartime defense. The command consisted of over 130,000 personnel who operated over 2000 aircraft at more than 300 locations worldwide. As Vice Chief of Staff of the Air Force, he presided over the Air Staff and served as a member of the Joint Chiefs of Staff Requirements Oversight Council and Deputy Advisory Working Group. He led the organization, training and equipping of over 690,000 people serving in the United States Air Force and provided oversight of a $120 billion annual budget. As Assistant to the Chairman of the Joint Chiefs, he represented the Chairman or Vice Chairman in the White House, traveled internationally as the Military Advisor to the Secretary of State and served as the Middle East Peace Process Roadmap Monitor. During his tenure he streamlined the coordination process and increased collaboration between the Department of Defense and Department of State to obtain time-sensitive policy decisions and to meet US strategic objectives. He held a variety of additional assignments including command of two bomb wings and an aviation operations group. His extensive experience in wartime, contingency and humanitarian relief operations includes Operation Southern and Northern Watch, Operation Desert Thunder, Operation Allied Force, Operation Iraqi Freedom, and Operation Enduring Freedom. He earned his Bachelor of Science degree from Texas A&M University and a Master of Science in Management Information Systems from the University of Northern Colorado. Additionally, he completed the National Security Leadership Course National Security Studies at the Maxwell School of Citizenship and Public Affairs at Syracuse University, the Executive Development Program Johnson Graduate School of Management at Cornell University, the Program for Senior Executives in National and International Security John F. Kennedy School of Government Harvard University, the Senior Intelligence Fellows Program and Leadership at the Peak Center for Creative Leadership Colorado Springs.

aVolt’s General Counsel, Mr. Mark Reges, is also the Founding principal of Reges Law Firm. Mr. Reges has over 25 years experience in legal affairs and litigation. He has owned and managed multiple national entities and has developed processing paradigms for the real estate title industry that allowed for one of the first virtual working environments in a paper driven industry. Currently, his practice concentrates on business and finance as well as commercial litigation and transactional work. Mr. Reges holds a J.D. from Catholic University and is licensed to practice law in the District of Columbia and Maryland.

aVolt’s member of Advisory Board. Mr. Denny Clifford, has B.B.A in Accounting, is a Certified Public Accountant, and has held positions in Finance, Operations and Sales & Marketing with five airlines over a 30 year career. Currently, he is the CFO of Sky Link Aviation, assisting the restructuring and expansion of the organization reporting to the President. Previously, Mr. Clifford was the Director of Government Sales for Northwest Airlines and also Manager for Delta and Northwest Airlines military, government, sports associations and university sales.  He was a member of the Board of Directors with SATO, Inc. and former Director of Air link Operations. Mr. Clifford is a former Naval Aviator (P-3 aircraft) and a graduate of Notre Dame University.

aVolt’s member of Advisory Board. Ms. Judy Silcox, has 45 years experience in the travel industry beginning with Pan Am in Honolulu; she has managed travel agencies in Dallas and Denver; a manager at SATO Travel; and a contractor on the proposal team for Northrop Grumman. Presently, Ms. Silcox is the Key Account Director for the Intercontinental Hotels Group.